For years Google has been trying to leverage Artificial Intelligence within AdWords (now Google Ads). For the most part they have been trying to automate ad creation; first with Dynamic Search Ads, which started off terrible but got better as more controls were given. Then more recently, they introduced Automated Ad Suggestions which, to my surprise, were satisfactory (but certainly not a replacement for an Analyst). In the last couple of months, Google has introduced into beta Responsive Search Ads, that we at SMS are currently testing and quite excited with this new ad type. We can’t wait to try this with more of our accounts when it finally rolls out to all accounts over the next several months. Once these ads are available to everybody, the days of manual A/B testing are essentially over.

For advertisers, this is going to be a powerful tool because split testing is going to be much easier to do. The advertiser can submit up to 15 headlines and 4 descriptions (with a 90 character limit instead of the usual 80!). Google’s AI will then test out different ad variations with those headlines and descriptions and with the data gathered, it will use its machine learning technology to decide what ad combinations work best for particular searches.

I find very interesting, probably because I’m a numbers guy, with how many different ad combinations 15 headlines and 4 descriptions can create. One calculation I saw was 43k+ and we came up with 70k+. Either way, it’s a big freakin’ number. Currently, there is no way anybody could test out that many ads at once.

Another major advantage, is that this ad type can use up to three headlines and two descriptions in one ad. As we all know, the more real estate an ad takes up, the more likely it will get traffic. These ads are also eligible to have ad extensions so add those to the mix and your ad will take up a large part of the SERP.

To Pin or Not to Pin?

Automated ad creation has been one of Google’s goals for some time now and they have finally given us advertisers can be excited to use. 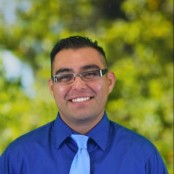 Author: Diego
Diego has worked in the digital marketing space since 2011 specializing in Google Ads and PPC on many other Digital Marketing Networks. Aside from enjoying helping our clients increase business, he loves baseball. His favorite team is the Atlanta Braves and you may ask, "how does a California kid end up being a Braves fan?" Let's just say he was heavily influenced by my cousins, the Braves won the World Series the first year he started watching baseball, and TBS showed them everyday.
Copyright © 2020 Systems & Marketing Solutions Inc., 191 S.Oak Park Blvd. Grover Beach, CA 93433
(800) 272-0887